We are committed to the reformation of the nation of Slovenia. We are also working in other countries outside of Slovenia, helping developing churches in the region, and providing humanitarian relief to Croatia, Bosnia, Bulgaria, and helping Ukrainian Jews. We also work in Canada and USA, mainly with churches and schools.

We are also influencing the media with Christian content.

Slovenia declared independence from Yugoslavia on June 25th, 1991. For the first time in history, the Slovene people had the opportunity to govern themselves. They are now in the challenging process of deciding who they will be as a nation and as a people. Values and beliefs are shifting rapidly. Ten years ago, nearly 90% of Slovenes claimed to be Catholic. That number has now dropped to 46%. A desire for prosperity is quickly filling the void created by Slovenia’s independence from the Soviet Union and the Balkan states. We have an incredible opportunity to reach the nation and its youth for Christ, but the task is a large one.

Slovenia is a country with 2 million inhabitants and is about the size of New Jersey. Only 1,100 -1,200 people in all of Slovenia claim to be evangelical Christians. This places it among the most un-evangelized countries of the world.  Many people are attracted to the new age and other alternative types of worship.  But God is opening the hearts of people to a new hunger for Him.  The biggest challenge of this time is to get the gospel out into the nation. Because of their past many think that all groups outside the Catholic church are cults.  We are  beginning to use  creative ways to break through this barrier. 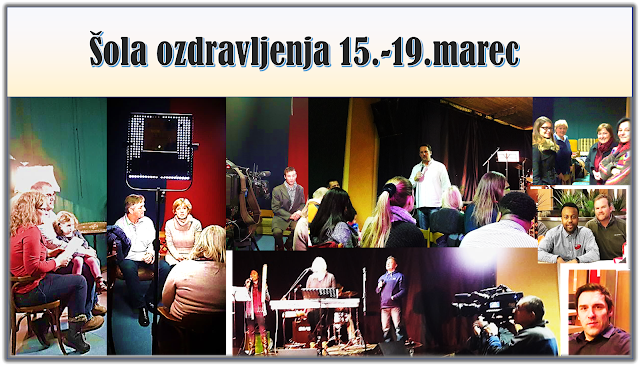 Partner with us to reach the nation through healing schools.  Our first will be March 15-19.

Jesus said, “These signs will accompany those who believe, In my name you will cast out demons. You will lay hands on the sick and they will recover. “


We have been praying and preparing to reach out to the sick and hurting through God’s supernatural power of healing for many years.


In January the national TV recorded 8 testimonies of healing, and one of our church services.  From this they made 2 television shows, which are being used to invite people to come to the upcoming healing school. About 350 – 400,000 viewers are regularly watching this show (Spiritual Journey).  From this we will bring the gospel to the lost, and reach out to those who need a Savior, and healer.   We are praying for many miracles that will bring great glory to the name of Jesus.

Here are some of the needs:


4.Money to feed the people during this 5 day school


We will have a box for offerings at the back, but want to make this healing school free of charge.  The offerings will go toward the next school.


The year of 2015 has been a year of great works of God. We have seen many salvations, church growth, a new church plant, reaching the Muslim refugees with the Gospel, starting a new Spirit  filled conference for women and an increase in the move of God in the surrounding nations.


We moved the church in Ljubljana to a much bigger venue, stepping out in faith. God blessed us and caused a growth.
In a little bit more than 2 months almost 300.000 refugees came through Slovenia and it is a great opportunity for ministry, while they are waiting to continue their journey for Germany. A month ago pastor Klemen, Denis and Jernej were privileged to go to the train stop where the refugees enter into Slovenia.

They were able to share the love of Christ with them and welcome them to a Christian Europe and the glorious presence of God was touching them deeply. Klemen met a worship leader from Iran, and was able to encourage him and pray for his life and ministry.
Klemen:“The police and red cross workers told us to keep a mask on our face to protect from many diseases that come with refugees. I took my mask of and started to hand shake and hug the refuges as we shared the Gospel of Jesus Christ with them. Tears were running as the love of God melted their hearts. I was surprised that there was no opposition, since most of them were Muslims.

We have a new church in Novo Mesto as a result of the supernatural events, when Klemen spoke on the radio, which a lady from Novo Mesto heard. She was so touched that she asked the family to make sure Klemen buries her and preaches the Gospel of Salvation at her funeral. Few weeks later, a blood cloth shuts down her system and a healthy woman of 57 years dies. As a result God moved powerfully at the funeral and the new church plant in Novo mesto was born. After 6 months, Denis and Milena were ordained for pastors and a strong core group is established.
They have been having services for a few months, the presence of God is powerful and God has been bringing in visitors and doing outreaches on the streets.

In June we held our first Spirit-filled women's conference. There were 92 ladies there entering into the presence of God in worship, to having exciting teachings and testimonies about the Holy Spirit, we were deeply touched. As a part of the alliance of Evangelical ladies, Carol is one of the organizers of the annual women conference that also so a growth in numbers and unity.


God is bringing in some international connections to spread the Gospel to the other nations.
Christmas holidays with our Croatian friend in ministry, Marinko and Ana, who we baptized a few years ago together with his whole family while swimming in the Adriatic coast, already has a church in his house. He is going to preach to the multitudes in india in January.

We developed a connection with a young pastors couple from Serbia and are going to help them in ministry. They are both delivered from heavy drug addiction, God is blessing them with a great church.

We are seeing a new fresh wave of the Holy Spirit.  He is moving in the church and in our lives.  It is time for the manifestation of God's supernatural power in the church.  God is putting such a hunger for Him and His presence,  and a desire to walk in the Spirit, hearing God and responding to His voice.


We are grateful that God is opening up doors to take the good news to the Nation.   A month ago we spoke at a gathering in a bookstore in a new city.   There were a handful of people there,  and some were saved. But a surprising result was that we spent the rest of the evening talking with a radio broadcaster who organizes many events in this city.

The man who organized this outreach was a new Christian that Klemen had led to the Lord.  His wife and son gave their hearts to Jesus that night. Praise God for their salvations!

Caroline (the radio host)  invited Klemen to speak on a monthly national radio show that she hosts.   On Friday Klemen spoke from 1.00 to 4.00 am on a radio that is broadcast throughout much of Slovenia.  There were many listeners who called in for prayer or advice.   One person even called from Canada.   It was an amazing time to see how hungry people were.  Caroline had had a Christian before but there was a lot of opposition to their words and it was not an easy night.   Klemen shared many of His experiences with God.   Because it wasn't just theory but a life story,  there wasn't any opposition but many people were hungry and asking for prayer.

People continue listening to the broadcast.  We recorded it and put it on our website.  There are now more people listening and being touched by what was shared.  Praise God for every open door to give His message to those who have never heard! 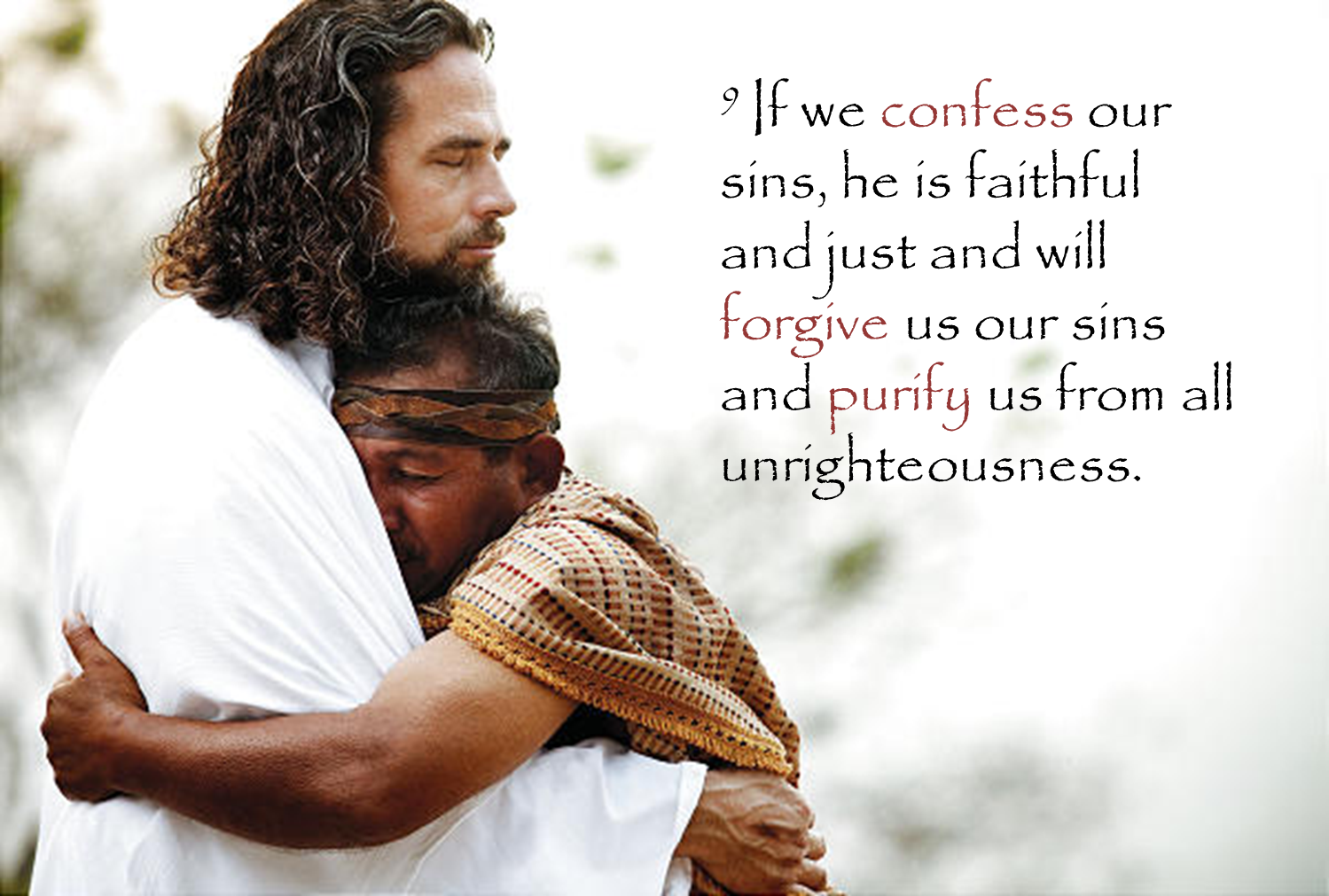 We are trying to upgrade our website and keep in better contact with the people who support us in America.  Without them we can not do the work that God has called us to do here.  So we are thrilled to say a huge THANK YOU to each of our supporters!
Newer Post Home